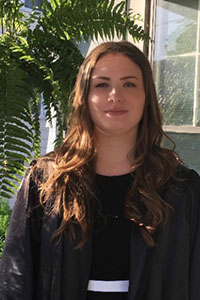 In 2018, clothing retailer H&M faced significant backlash for a racist advertising image in which a Black child was pictured wearing a sweatshirt with the slogan “coolest monkey in the jungle” on the brand’s United Kingdom website.

In response to H&M’s cultural insensitivity and ignorance, thousands took to Twitter to voice their outrage and demand answers from the company. In the following days, H&M stores were vandalized, celebrities such as The Weeknd and G-Eazy severed ties with the brand, and H&M stock plummeted—signaling that the controversy was not something that the company could just sweep under the rug.

In response to the crisis, H&M’s internal Communications and Press Department mounted a campaign to try to salvage the brand’s image and apologize for their blunder. Initially, H&M eliminated any materials related to the incident on their website and social networks that may have further damaged the company’s reputation.

H&M’s blunder has undeniably highlighted the importance of diversity in the workplace more than almost any other case.

Secondly, the department utilized Grunig’s Public Information Model to share a public apology via social media nearly forty-eight hours after the controversy began that promised an investigation of the incident. This apology received a great deal of criticism for its lateness and was later followed up by a full press release that gave a more sincere and thorough apology.

Upon investigation of why the advertising image was able to pass through all the necessary channels required for publishing, it was discovered that H&M’s European staff was overwhelmingly white and lacked the cultural knowledge to even recognize that the image was offensive.

In recognizing that the sweatshirt was created in an environment that lacked cultural awareness and diversity, H&M created a new position in which the main focus was to instill the values of cultural sensitivity and inclusion in H&M’s company culture. In addition to this new hire, the Communications and Press Department made it a point to put out consistent and intentional messages to ensure that their customers understood that H&M was taking steps to prevent this type of incident from happening again.

H&M’s blunder has undeniably highlighted the importance of diversity in the workplace more than almost any other case. Although they hired Ezinne Kwubiri as H&M’s diversity leader in response to the backlash, the incident would have never occurred if their organization had valued diversity in the first place.

If H&M had required their advertisements, products and promotional materials to be approved by a diverse team of people before they were published, the entire controversy could have been avoided. The fact that the sweatshirt was even displayed on a Black child also speaks to the fact that their creative team lacked the cultural awareness and diversity to know that having him model the clothing was racist and insensitive in itself.

Overall, this case is a prime example of how diversity is crucial to the success of a company. If diversity and inclusion were central to the values of H&M’s brand rather than a reactionary adjustment, they would have built a company in which an incident like this would be much less likely to occur.