Galloway, N.J. — The COVID-19 pandemic robbed many high school students of the chance to do hands-on science experiments.

But the Army Education Outreach Program (AEOP) at Stockton filled that void for three local students as they worked closely with university professors this summer — and got paid to do it. 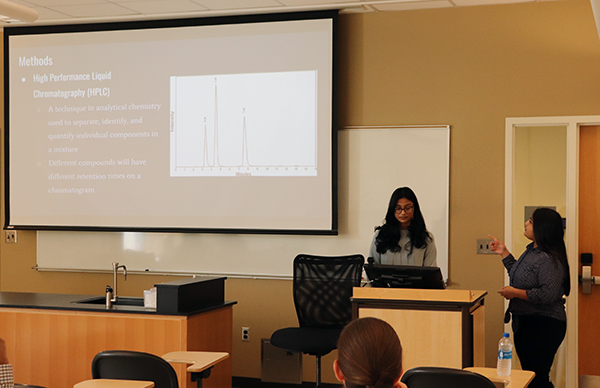 “Virtual chemistry was kind of dull,” Rahman said. “The labs were not nearly as fun as they should have been. I knew they would been fun in person. It was really cool to experience what I missed out on that year.”

Students are selected based on their GPA, essays and interests in STEM. This is the fourth year Stockton has participated, said Barry Pemberton, assistant professor of Chemistry and the AEOP coordinator. Each student received a $3,000 stipend to do 200 hours of research, while professors received $1,000 per student to cover costs and act as mentors. This year’s students presented their findings at a symposium on Aug. 5.

“The benefit of the program for the student is to give them a lab experience,” said Pemberton, who added that Stockton received more applications for the program this year than in previous years. “Every year, the students love it. When there is a need to get into a lab and develop those wet lab skills, that’s far more important than doing it on a computer.”

“Experience trumps reading about it or seeing someone else do it.”

Haque said just being in a lab was cool because she had never been in that environment before. She partnered with Rahman on a study titled “Micronutrients in Flours from Varying Sources.” The duo worked with Elizabeth Pollock, associate professor of Chemistry, to try and quantify nutrient differences between commodity flour sold at supermarkets and locally sourced flour from a mill in eastern Pennsylvania.

“Initially, I was kind of nervous that I didn’t remember much from chemistry, and that I just would be lost in the lab,” Haque said. “But working with (Pollock) was a lot less daunting than I had expected. I didn’t feel scrutinized for not remembering stuff. She was a great mentor and would be very patient with us and teach us when we needed to relearn something.” 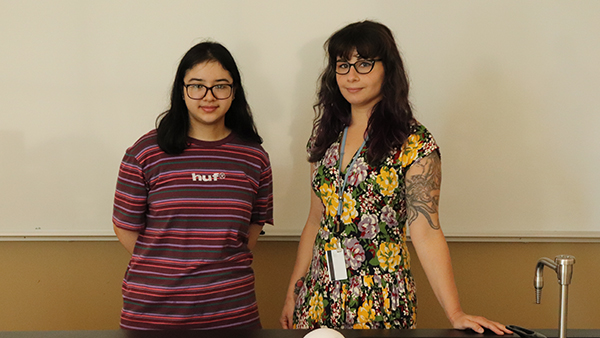 Elmasri had a different experience with the program. She worked with Lauren Seyler, assistant professor of Biology, on multiple projects. Elmasri learned some clinical techniques by shadowing Seyler’s Microbiology for Health Science lab. She also assisted with molecular microbiology projects, including using DNA sequence data to characterize microbes from local salt marshes and bog iron seeps in the Pine Barrens.

“I really liked that I didn’t just focus on one specific project,” Elmasri said. “I saw the best of both worlds — in the classroom and with some of (Seyler’s) higher-level students.”

All three students finished the program with a favorable impression of Stockton and a feeling that they wanted to pursue a STEM major when they attend college. And that’s the entire point of the program, said Amanda Norvell, the dean of the School of Natural Sciences and Mathematics.

“I love science because of the magic of science, the magic of doing it,” Norvell said. “Those moments of discovery, the mistakes that happen and the challenges you work through. That’s the eureka and wonder that you can’t get without actually doing it. So, I think it’s marvelous to bring high school students in to give them a glimpse of what it’s like to be a scientist.”

— Story and photos by Mark Melhorn