Sticking With His Stockton Roots

Sticking With His Stockton Roots

Henry Glickel '85 gives back to the next wave of Ospreys. 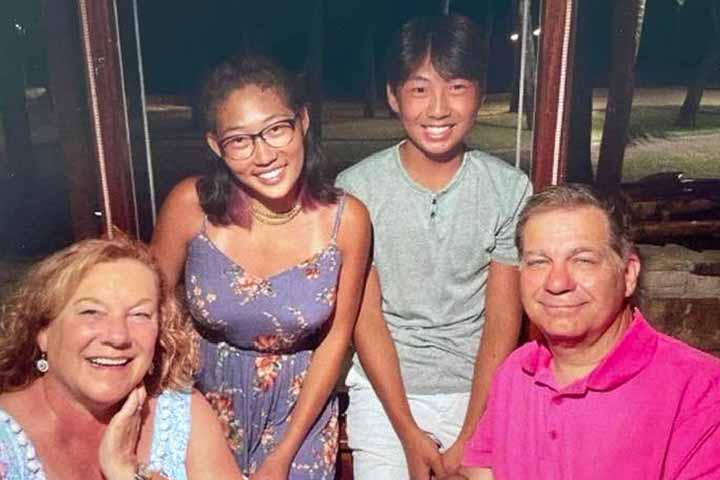 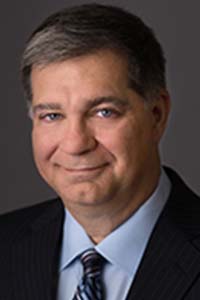 S tockton’s flat-rate tuition allows students to take anywhere from 12 to 20 credits for the same rate, allowing flexibility in scheduling and degree completion while also keeping costs low. Students looking to take 21 or more, or a course overload, need permission from Student Records and Academic Advising. But why would someone want to take 24 or 28 credits – seven courses – at one time?

“It was on a dare,” said Henry Glickel ’85 of his 28-credit semester during his junior year. “I was talking with some friends and we were boasting about our academic prowess and saying ‘I can take this many’ or ‘I can take that many’ and so really it was on a whim that I took 7 courses." He ended up getting credit for six classes in the fall semester, and the seventh was credited in his final semester. "It was only a $100 bet – I spent more on the courses than I made back in the bet,” he said.

Glickel said that semester was long and included weekly all-nighters, but he managed to stay on top of the coursework and maintain his high GPA. One of the reasons for his success was having a dedicated space to study, in the Academic Housing Unit he helped create in his sophomore year.

After transferring to Stockton, Glickel resided in A Court during his first semester and found that the liveliness was too much for him. Upon moving into the dorms, he set out to create a housing area for academically focused students like himself. The unit received buy-in from a range of administrators including President Peter Mitchell, Housing Director Ron Rice, Dean of Students Peter Mercado and the Assistant to the Dean of Student Services Bob Cabello. The challenge was establishing the policies and procedures for the unit as one had never existed at Stockton.

In the Fall 1983 semester, the unit welcomed 17 students. Glickel remembers the group as an eclectic mix of students, in majors like Computer Science, Social Work, and Business, with a wide range of hobbies and interests. They bonded over their common goal of succeeding in college.

Glickel received hands-on experience in the business world while at Stockton as a Student Senator and chair of their budget committee. “Acting as the custodian of a six-figure fund was a significant amount of responsibility at a young age,” he said.

You could say Glickel's Academic Housing Unit was a precursor to Residential Life's Themed Living Communities (TLC). The communities connect students with similar interests to help them create a network of support, a sense of belonging and a welcoming space to thrive together.

Glickel says one of the best lessons learned in the classroom with Professor Emeritus of Business Studies, Law Bob King, was reinforced in his role as a Student Senator: separating personal feelings from the law, or in this instance, the policies of the Senate. A small controversy about the use of the student activity fund to help support the former daycare/preschool Free to Be raised tensions between the Senate and the administration, but was ultimately settled amicably. King’s business law course inspired Glickel into making business law the basis of his graduate degree, an MBA from Temple University.

Glickel’s first impression of Stockton was formed by the late G. Larry James, the athletic director at the time of his visit to campus to attend the Rotary Youth Leadership Conference. Strong relationships with James, his advisor Greg Marks, as well as Stephen Davis, assistant vice president, Student Health and Wellness, and the late Art Davis, Jr., drew Glickel to the Council of Black Faculty and Staff, which recently celebrated its 50th anniversary.

“It is just a wonderful organization with great people,” Glickel said. “I was inspired by G. Larry James before I was even a student at Stockton. And working with the great faculty and really bonding with Art Davis, I was just drawn to the Council and wanted to support them any way I could. In seeing how the Council supports and helps recruit faculty and staff, and how they in turn help students, you could say in business terms that supporting the Council has a great return on investment.”

In addition to supporting the CBFS and their scholarship efforts, Glickel has dedicated his time to developing the next generation of students by providing internships and mentorship to students in the School of Business and offers his expertise as Chair of the Dean’s Executive Advisory Board (DEAB) within the school. Through his work on the DEAB, Glickel founded the Osprey Speaker Series, which hosts a roster of prominent alumni from the School of Business available to guest speak in classes, as well as at conferences, seminars and working lunches.

Glickel’s brother John Verity and his niece Devon Verity are fellow Stockton grads, and he’s hoping his son, Hunter, will consider following in his footsteps here as well.

“He’s been wearing the Stockton sweatshirt I bought him more frequently now,” Glickel laughed, “so maybe it’s starting to get in his head.”

Glickel currently resides in southern New Hampshire with his wife and two children where he works as President and Executive Recruiter at Sales Recruiters, Inc.

Previous story50 Years of the Argo
Next storyFall 2021 Issue Home
©