Foundation Builds on 50 Years of Giving

Above: Barbara Perskie, Stockton Foundation Chair Donna Buzby, Steven P. Perskie and Stockton President Harvey Kesselman at signing for Perskie Family Endowed Scholarships in 2021. Below, Michelle and Paxson Keates at signing for the Keates Endowed Scholarship, founding members of the Women's Leadership Council, and Foundation board members Michael Epps, Lori Herndon and Hak Kim at the gala and golf tournament.

Galloway, N.J. – Steven Perskie was a young lawyer and state legislator in 1971 when then Stockton State College president Richard Bjork approached him about helping set up a non-profit Stockton Foundation.

“He said this was not to be used for salaries or buildings; this would be for the students. Of course, I said yes,” said Perskie who also chaired the Foundation in its early years.

Those early years were spent defining the mission of the Foundation and recruiting members. In addition to scholarships, the Foundation also supports programs and events that benefit students and the community. 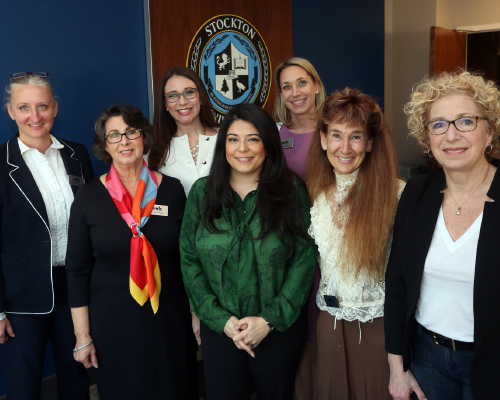 Fifty years later, the Foundation Board of Directors now has nearly 50 members, many of them Stockton alumni, and assets of more than $60 million.  Last year the Foundation awarded more than $1,000,000 in scholarships to Stockton students and some $700,000 to support other programs.

Donna Buzby, the current chair of the Foundation board said their work is a critical component of student success.

“What has struck me most as chair is meeting with the scholarship committee and seeing how much time and effort they put into the process,” Buzby said. “It makes it more important than ever that we reach out to the community for support so that even more students can attend college.”

Michelle Lenzmeier Keates, a 1976 alumna and also a Stockton trustee, was first recruited by Stockton’s second president, Peter Mitchell to serve on the Foundation. She co-created the first Scholarship Gala in 1980, working with then Performing Arts Center director Michael Rose.

“The theme was “Midsummer Night’s Dream”.  Shakespeare’s play was performed in the Performing Arts Center and Stockton was magically transformed into 12th Century B.C. Athens, Greece,” Keates said. “The entire evening was enchanting.  I am delighted that the annual Scholarship Benefit Gala continues to provide assistance to well deserving students”. 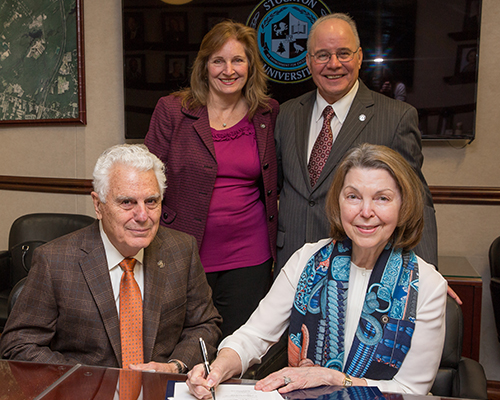 Attorney Joseph Fusco, who came to the board in the 1980s, remembers the galas because they attracted such a broad section of the community.

“You got to meet so many people,” Fusco said. “In the early years the board was small and the endowment was tiny, but the Foundation has grown because of what Stockton is doing. It’s so easy to talk about Stockton and to support it. It has so much to offer. It’s a blessing for South Jersey and a pleasure for me to be here.”

The gala typically raises about $500,000. Fundraising to support the university and its students is at the core of the Foundation’s mission. Board members are often donors themselves. Keates and her husband, Paxson, started a significant endowed scholarship fund in support of high achieving students who also have demonstrated financial need.

“I’m a huge believer in scholarships,” Keates said. “My parents always stressed education and I want to do what I can to help others and encourage others to attend college.”

Like Keates, many board members cite their own experience at Stockton as the impetus for serving on the Foundation. Brigid Harrison, ’88, recalls in her junior year having to cut back on work hours, which cut back her earnings. 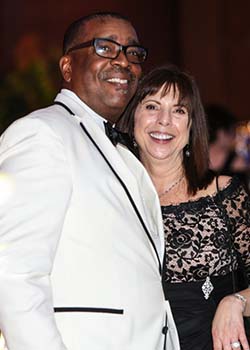 “Like many students, I was working to pay my way through college,” Harrison said. “I got a $1,000 scholarship from a law firm and that meant I could continue college. When I joined the Foundation board, I went to the scholarship breakfast and the stories of the students were my story.  Getting a scholarship sends a message that you belong here, we have confidence in you and people are willing to invest in you.”

Richard Dovey, ’75 was in the first class at Stockton and says it has been part of his life ever since.

“Coming to Stockton was the most significant thing I’d done in my life,” Dovey said. “It was a great experience and I’ve always been connected to the university in some way. I’m honored to be here.”

Bonnie Putterman remembers the support of professors who encouraged her to challenge herself and try new things, including taking a semester abroad at Tel Aviv University.

“Stockton has always been my ‘happy place,’ ”she said. “When I come on campus for a meeting or event, I always feel I am home.”

Gayle Gross remembers moving to South Jersey and auditing a dance class with Josh Cabot in the 1980s, then being asked to serve on the Foundation board.

“To me, Stockton was an oasis in the desert for the arts,” said Gross, who has served on the Scholarship Committee as well as the Sara and Sam Schoffer Holocaust Resource Center board and the Women’s Leadership Council. She and her husband, Dr, Howard Gross, are also longtime donors and have established scholarships for dance and environmental studies students.

Those who have sat on the Scholarship Committee fondly recall the late Jo Frances Stow, who chaired the committee for years and also funded scholarships with her husband, Kenneth, both of whom worked at Stockton. 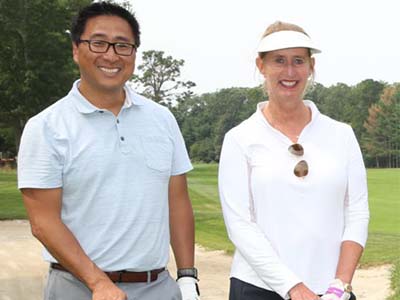 “Jo had this huge binder with all of the applications, and she read every one,” Gross said.  When you read their stories…. there are students who turn their lives around and it has been wonderful to help them.”

Former Foundation board chair Johanna Johnson said the members get as much from the experience as the students.

“It is so uplifting,” she said. “The impact you have on students also has an impact on you. The money really gets distributed with love.”

Johnson is especially proud of starting the Women’s Leadership Council. She credits Stockton’s Chief Development Officer and Foundation Executive Director Daniel Nugent and Associate Director of Development Alicia McMackin with its successful implementation. The Council has hosted free workshops for women on a variety of issues.

“That’s really been a dream come true for me, to get to know these amazing women,” Johnson said.

Board members also encourage and assist others in making gifts to Stockton as a legacy for the future.

Professor of Hospitality and Tourism Studies Donna Albano was involved in the stewardship of the Howard Bacharach Scholarship Foundation scholarship for hospitality and tourism management students. It was created in memory of the former executive director of the Atlantic City Hotel & Lodging Association.

“I am extremely proud that we worked to have Howard’s name live on in perpetuity,” Albano said.

Perskie said he is proud to have had a role in founding the Foundation and is thrilled at how far it has come. His support includes an endowed scholarship that began in 1982 and was expanded in 2021 to become the Perskie Family Endowed Scholarship.

“The Foundation started with nothing but good intentions,” Perskie said. “Today it is a major form of assistance to students. It’s a wonderful community investment in people. What could make you prouder than that?”

More information on the Stockton University Foundation, its work, and how to make a donation is available on the Stockton Development website or by calling 609 652-4469.