A Day in the Life of a Geologist Rocks

Anna Ternova’s ‘18 love for the environment started with her childhood camping trips. She has fond memories of her father [a geologist in Russia] showing her the different types of rocks they would come across on their journeys. So, when it came time to apply for college, she couldn’t imagine she could turn her passion into a career.

"As a kid, [I] never thought you could get a good job in the environmental field...I just didn’t know much about it. I never had anyone talk about more obscure careers.”, said Ternova.

Unsure which career path she should take, Ternova chose nursing since it is a growing field and jobs would be in demand. By her second semester at Stockton, she realized she chose the career path for all the wrong reasons. It was during a conversation with her science tutor that persuaded her to follow her passion.

“It was the way he [tutor] spoke to me about his career choice that convinced me to pursue what I love and figure it out later,” Ternova said. After this conversation, she switched her major to environmental science and registered for new courses. The following semester, she had a Physical Geology class with Emeritus Professor of Geology Michael Hozik that renewed her spark for geology. Ternova explained, “I was afraid to change my major [to Geology] again for some reason, but eventually I did and was really happy.”

Ternova graduated with a Bachelor of Science in Geology in 2018. Today, she works as a geologist at TRC – a global environmental consulting, engineering and construction management firm. Her office in north Jersey specializes in environmental remediation [Environmental remediation is the removal of pollution or contaminants from water (both groundwater and surface water) and soil. These waste products are removed for the protection of human health, as well as to restore the environment – US Bureau of Labor Statistics].

TRC provides services for public, private and government clients which means she could be working on many different types of sites, such as: Superfund [Thousands of contaminated sites exist nationally due to hazardous waste being dumped, left out in the open, or otherwise improperly managed. These sites include manufacturing facilities, processing plants, landfills and mining sites. – EPA.gov], nuclear, pharmaceutical, manufacturing and construction.

Ternova spends most of her time in the field sampling soil, air and water. Her work involves the use of standardized guidelines set by the New Jersey Department of Environmental Protection (NJDEP) which directs the investigators to which containments should be tested for different sites. 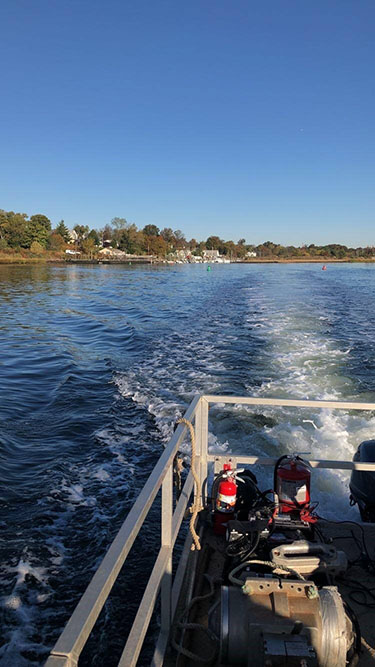 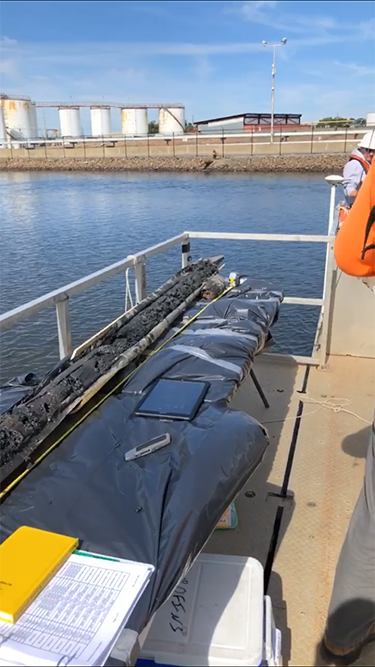 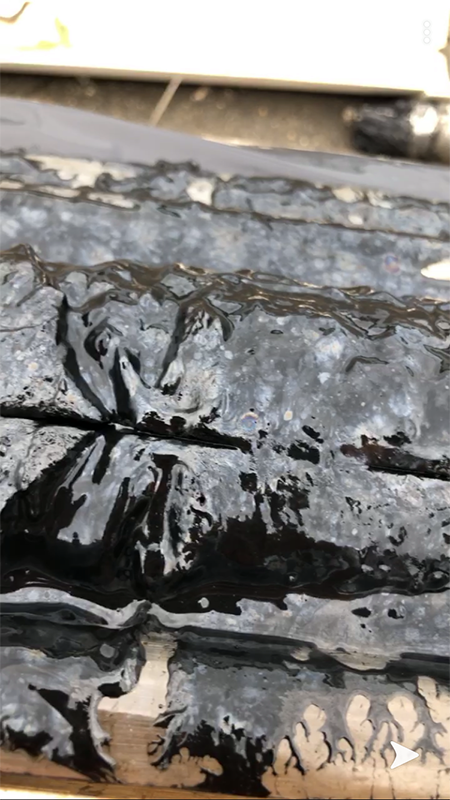 She explained before an investigation can begin, there is preparation that needs to be completed. “You do a site walk - you go to the site to see what they do. You look for signs of past spills or dumping (down drains or in fields) like stressed vegetation or dead grass.”  Based on the needs of the assessment and the budget of the project, she will organize the work that needs to be completed – drawing up cost estimates, contacting subcontractors (drillers and geophysical surveyors), laboratories for sample analysis and ordering equipment.

Once the work is complete and the samples are analyzed, Ternova must submit a report and the results to NJDEP to be approved before a contamination site is deemed “clean” or closed.

“If we're doing an active investigation, we'll look at the data [from the samples] to see if it is clean or if we can close the site,” Ternova said. In other cases, she explained the data is used to determine the next steps to see if additional work is needed or if it requires more sampling.

When asked what her favorite project was so far, Ternova replied, “It was at a refinery in Linden. They had a river running through their site that connects to a larger one. We were able to go down the river on a boat with a rig and drill into the riverbed. [The rig] would collect a 20-foot-long sample, bring it to the surface so we could look at the sediment. We found little shells and glass…[it] was cool because we don't get to do a lot of sampling like that specifically.”

So, what can you do with a geology degree? The answer is – anything!

Ternova explained a geology degree can prepare and sometimes put you at an advantage for a variety of careers. “You can get any environmental job with a geology degree, but you can't get any geology job with an environmental sciences degree. It opens more options. If you have the necessary coursework and possess five-year’s experience, you can apply to become a licensed, professional geologist,” Ternova explained.

She explained further, “If you want to go into oil or mining industries, you will need the relevant education (graduate degree). It isn’t something I would do, but that is an option that I now have.” She also said if you are looking to further your education, you may be a better candidate for a geology master’s program than those with an environmental science degree.

Ternova boasted, “Stockton had a good Geology program. I [feel I] came out a lot better prepared than others...who went to formal geology schools. I do feel like I know more.” She explained the geology coursework at Stockton was instrumental in preparing her for her soil classification work and understanding how containments move through water underground.

“We identify rocks and minerals when we're drilling into bedrock [solid rock beneath the Earth's soil and sand. - National Geographic]. It helps to know what you're looking at. Someone who doesn’t have a geology degree – or went through a good program – may have to prepare themselves before going out there to do this job,” Ternova explained.

Words of Advice to Students

Find something that you love, and are really interested in. You will be happy when you're working and feel fulfilled doing it.

Don’t be afraid to change your major. Even with taking a full year of nursing, those added classes fell into the at-some-distance courses. I was able to change my nursing-specific chemistry course and have it accepted as the regular chemistry requirement. It worked out and I was still able to graduate in four years.

Take additional courses. Take a class in soils, hydrogeology and ArcGIS before you graduate.