Picture Stockton .... Students Looking for Answers to Drug Delivery in Experiment That Returned from Outer Space

Galloway, N.J. - What if patients with cancer and Diabetes could take a longer lasting dose of medication with minimal side effects in the absence of dosage spikes that occur from non-uniform capsules?

Drug capsules for controlled release anti-cancer drugs and insulin cannot self-assemble with uniform shape on Earth, but there’s a chance they can in outer space.

Stockton University researchers sent an experiment to outer space to see if such a drug capsule could be created.

At the end of the summer, the experiment returned from the International Space Station (ISS) and is now undergoing analysis.

The experiment was designed for Mission 12 of the Student Spaceflight Experiments Program (SSEP) through the National Center for Earth and Space Science Education. This program takes experiments designed by students (grades 5 -16) to the ISS for experimentation in a microgravity environment.

The experiment was contained within a small fluid mixing enclosure and consisted of indigo dye used to simulate a drug and was mixed with a combination of molecules that self-assemble into a drug carrier. 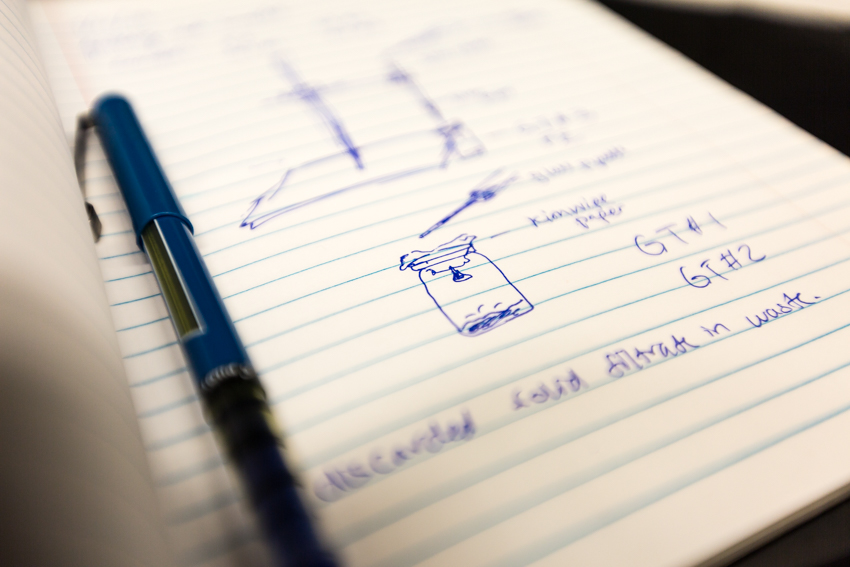 Now that the experiment samples have returned from space, "we are confirming what we think we see," said Pamela Cohn, assistant professor of Chemistry. The analytical techniques they are conducting all help to create "a picture of what the drug delivery system looks like and how it behaves," she added. 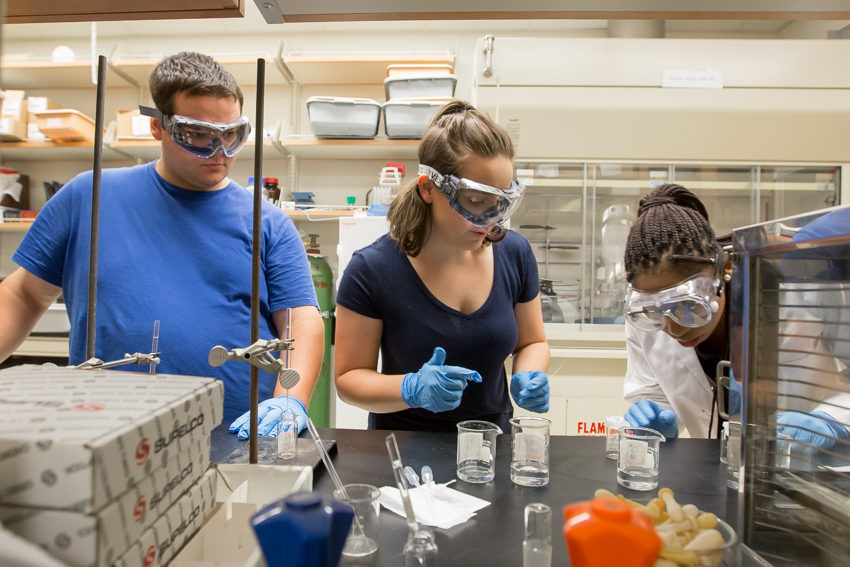 Daniel Schneider, a sophomore Pre-Medicine major, Christina Tallone, a junior Physician Assistant Studies major, and Chioma Uka, a senior Biochemistry and Molecular Biology major, prepare slides that can be viewed under a confocal microscope, which will allow them to create a three-dimensional structure out of two-dimensional images captured at varying depths of the sample. They are using images to re-create the drug capsule structure. 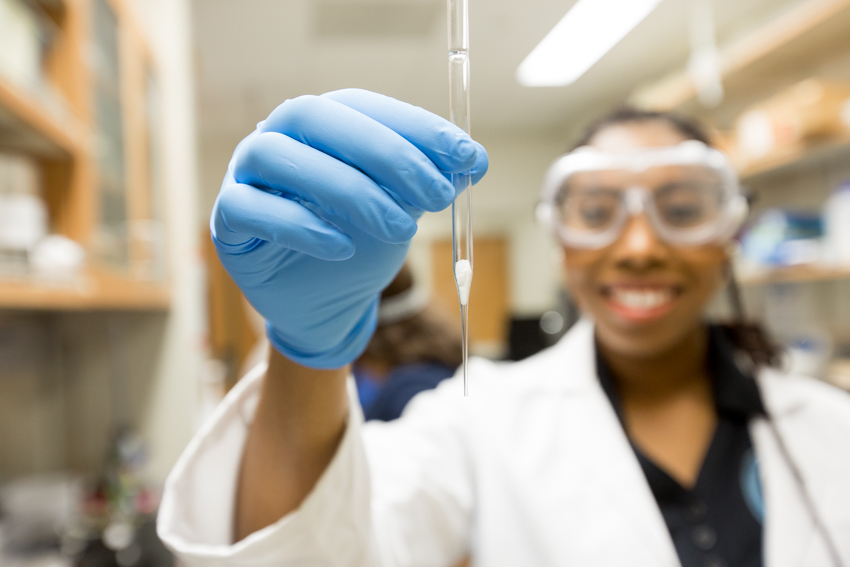 The experiment sent samples to the International Space Station, while some samples stayed in the Unified Science Center as a control. If the samples fluoresce, it is because of the indigo dye. The researchers want to see if the dye appears in rod or sphere shapes. If they see spheres, it means the drug carriers are uniform in shape. 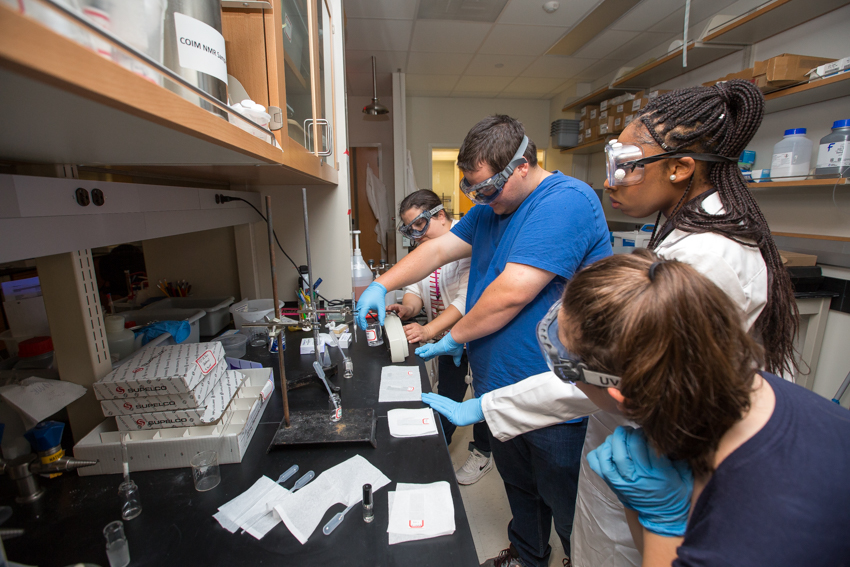 A scanning electron microscope and an atomic force microscope will also be employed to reveal sub-micron dimensions and what is happening on a molecular level. 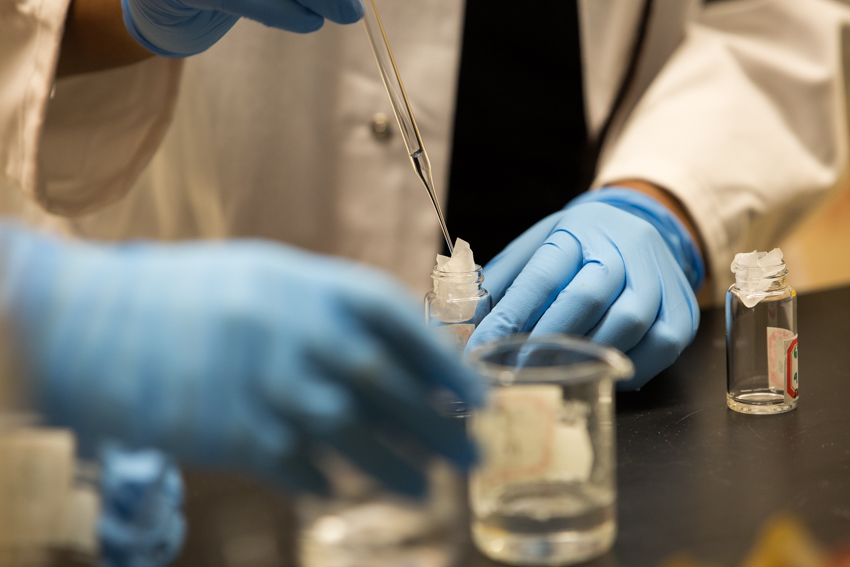 If the team finds that uniform self-assembly occurred in the samples sent to outer space, then how can such drug carriers be made on Earth? Microgravity environments can be simulated in laboratory settings. 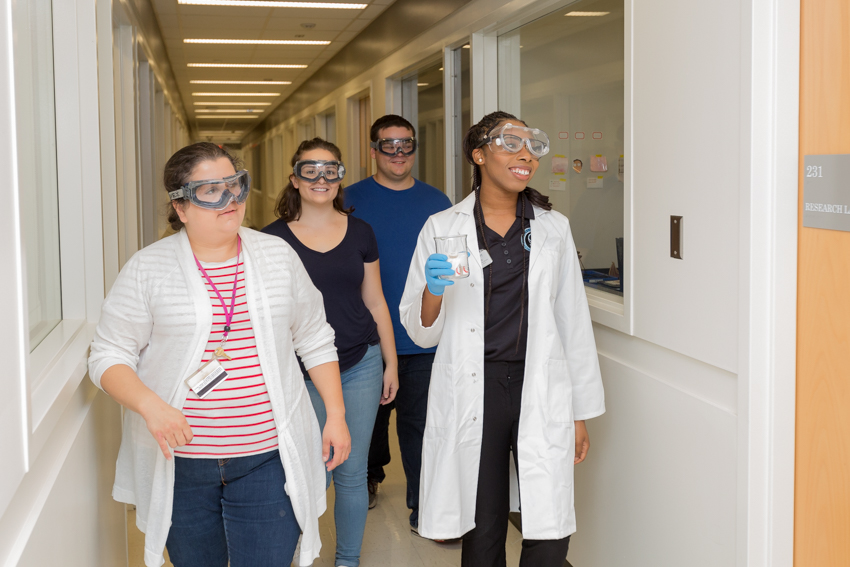 The team walks the samples to another laboratory space where they will heat them to 1,000 degrees Celsius and beyond. They will look at the change in mass as the temperature rises and the sample degrades. The process will tell them how stable the shell of the capsule is.