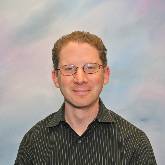 Neil Aaronson grew up in Marlton, New Jersey and graduated from Cherokee High School in 1998. He earned his B.S. in Physics from The College of New Jersey in 2002, and then went on to Michigan State University where he earned M.S. degrees in Physics and Electrical Engineering, before completing his Ph.D. work in Physics there in 2008. He started teaching and doing research at Stockton the same year. He currently runs and maintains the Stockton Acoustics Lab and teaches for the Physics Program. Throughout his life, he has also been active in music as a violinist, violist, and vocalist. He currently directs the ASTA/NJ Chamber Music Institute, plays with the Philharmonic of Southern New Jersey, is the assistant conductor of the Stockton Oratorio Society, and is the music director of Stockton's contemporary student a capella singing groups.